St. Pierre is a very little island – a mere speck in the blue sea. Its area is but one hundred and six square miles, and its permanent population but two thousand persons. But as it is a national rendezvous and shelter for the French boats that fish in these seas, its population is very movable in numbers as well as otherwise. It is one of three islands that compose the French colony of St. Pierre and Miquelon. There is name enough if not much land.

Three little smitches of earth, mere freaks of the sea current. This is all that remains to France of the extensive dominion she once held in the Western hemisphere. How does it happen, then, that even these remain? Since she lost so much, how did it come that she did not lose this very little more? Since all the Canadas and that wide swathe of continent, the Mississippi valley, slipped away, by what magic did the great nation hold fast to the vox et praeterea nihil of St. Pierre and Miquelon?

It is a story of the mutation of national grandeur. These islands are that last stamp and assurance of conquest, the grace vouch-safed by the conqueror. France was the first of nations that gave her attention to that now familiar edible, the American codfish. Within twelve years from the discovery made by Columbus, French fishermen were “on the banks.” That was prompt for those times. The first definitely recorder voyage was made a little later, in 1508, by Thomas Aubert, from Dieppe, to the Gulf of St. Lawrence. From that time the French fisheries grew rapidly; money was made, and the first of the codfish aristocracy spent its cash in a very different Paris from that known to this age, and courted royal favor even under the eye of Henri de Navarre.

But a stormy day came in savage differences with that grasping rascal, John Bull, and the result of more that a century of a dispute was that the French, from claiming and owning all Newfoundland and Nova Scotia, were compelled to keep three leagues from the coast. Certain privileges were allowed on the eastern coast of Nova Scotia, and thence grew the settlement of Cape Breton and the building of that American Gibraltar, Louisburg. How Pepperell and his Yankees- “loyal provincialists”  they called them – did England service in the capture of that stronghold is an old story. By that every inch of soil here was wrested from France, and in one year the French fishing fleet dwindled from five hundred to one hundred sail. No wonder they authorized Pepperell to call him “Sir.” By the treaty of Paris made in 1763 it was agreed that French fishermen might take fish, with certain restrictions, in the Gulf of St. Lawrence and at fifteen leagues from the coasts of Cape Breton, and at that time the three islands, Great and Little Miquelon and St. Pierre, were given as a refuge and harbor to the storm-tossed fishermen, parted from their homes by all the width of the Atlantic. Hence the “colony.”

Here, then, is a theme for the philosopher. That scrap of land, thrown as a grace to the poor mariner of France, is changed in the alembic, and becomes one the great places on the earth, one of the nervous centers of the world, and the only foothold this side the sea of so grand a part in the growth of our time as the French Atlantic cable. 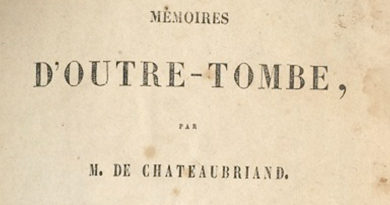