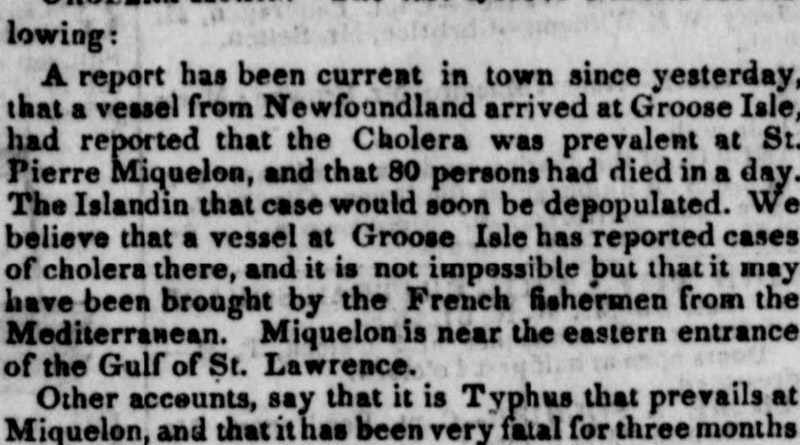 A report has been current in town since yesterday, that a vessel from Newfoundland arrived at Groose Isle, had reported that the Cholera was prevalent at St. Pierre Miquelon, and that 80 persons had died in a day. Ths Island in that case would soon be depopulated. We believe that a vessel at Groose Isle has reported cases of cholera there, and it is not impossible but that it may have been brought by the French fishermen from the Mediterranean. Miquelon is near the eastern entrance of the Gulf of St. Lawrence.

Other accounts, say that it is Typhus that prevails at Miquelon, and that it has been very fatal for three months past.