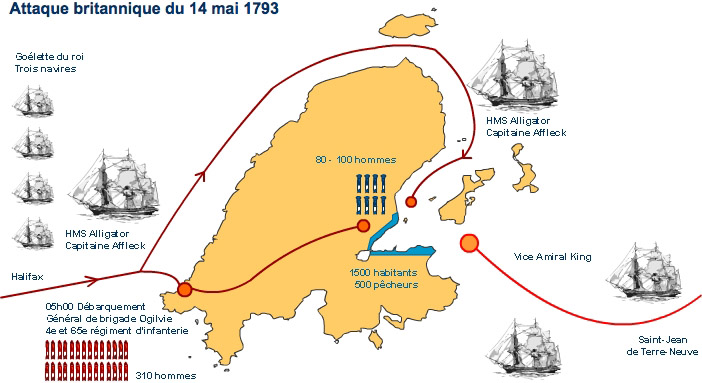 Whitehall, July 2. The following Letter was received from Brigadier General Ogilvie to the Right Hon. Henry Dundas, one of his Majefty Principal Secretaries of State, dated Island of St. Pierre, May 18, 1793.

I have the honour to acquaint you, that the Islands of St Pierre and Miquelon surrendered at discretion to his majesty’s forces on the 14th instant.

In obedience to his majesty’s commands, signified to me in your letter of the 15th of February, having consulted at Halifax with captain Affleck, commanding his majesty’s ship Alligator, I embarked without loss of time, for the attack …