The voyage of the Grace of Bristoll of M. Rice Iones, a Barke of thirty-fiue Tunnes, vp into the Bay of Saint Laurence to the Northwest of Newfoundland, as farre as the Ile of Assumption or Natiscotec, for the barbes or fynnes of Whales and traine Oyle, made by Siluester Wyet, Shipmaster of Bristoll.

Wee departed with the aforesaid Barke manned with twelue men for the place aforesaid from Bristoll the 4 of Aprill 1594 and fell with Cape d’Espere on the coast of Newefoundland the nineteenth of May in the heighth of 47. We went thence for Cape Raz, being distant from thence 18 or 19 leagues, the very same day.

The 20 day we were thwart of Cape Raz.

Then we set our course Northwest for Cape S. Marie, which is distant from Cape Raz 19 leagues, and is on the Eastside of the great bay of Placentia almost at the entrie thereof.

From thence we shaped our course for the Islands of S. Pedro passing by the broken Islands of the Martyers, our course to the Isles of S. Pedro was West and by North. In these Isles of S. Pedro there is a faire harbour, which we went into with our barke, and found there 2 ships of Sibiburo [Çiboure] fishing for Cod: where we stayed 2 dayes, and tooke in balest for our ship. There are as faire and tall firre trees growing therein, as in any other part of Newfoundland. Then wee departed thence, and as we came out of the harbours mouth we laid the ship vpon the lee, and in 2 houres space we tooke with our hookes 3 or 4 hundred great Cods for our prouision of our ship. Then we departed from the Isle of S. Pedro to enter into the gulffe of S. Laurence betweene Cape Briton and the said Isle, and set our course West North West, and fel with Cape de Rey which wee found to be distant from the Isles of S. Pedro 42 leagues. From Cape de Rey to Cape de Angullie we set our course Northnorthwest being distant thence 12 or 13 leagues. From the Cape de Angullie into the Bay of S. George we ran Northeast and by East some 18 or 19 leagues. 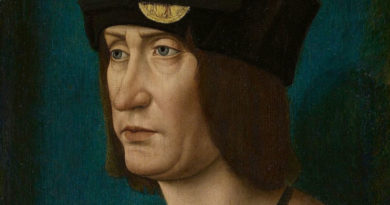